Learn more about my plays on the National New Play Network. 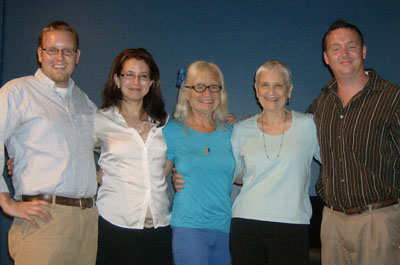 This play has three characters (Bernice age 70, her daughter Carol age 47 and son Evan age 28) and a simple single set -- the back porch of Bernice's home. A fast-paced comedy about internal wiring, family relationships, and acceptance. The play has won awards and had readings in California, Indiana, Kentucky, Ohio, and Texas. 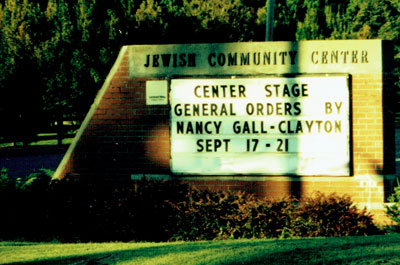 Winner of the Streisand Festival of New Jewish Plays, this play had its premiere production in Louisville, Kentucky, at CenterStage Theatre. Jews in Paducah, Kentucky, must flee on 24 hours' notice when General Ulysses S. Grant banishes all Jews from his military district on December 17, 1862. 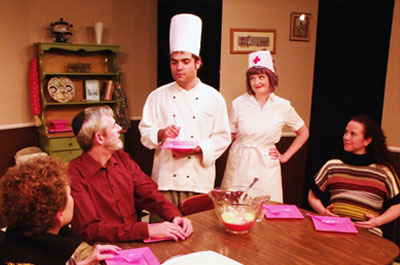 A romantic comedy about a quirky Jewish family. Marge, who's been a widow 3 years, has decided to pursue her own interests since she can't convince her children to do what she wants (graduate, marry, procreate). The play's premiere production took place under the directon of Kathi E.B. Ellis at Louisville's Bard's Town Theatre. Two reviewers compared this award-winning play to Neil Simon's work. 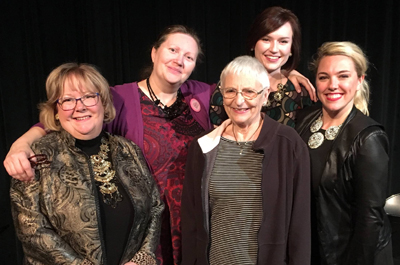 Written as part of the "Kentucky Voices" program, this comedy had its first public reading at the Public Theatre of Kentucky and was a finalist for the Roots of the Bluegrass New Play Series. The wedding dress has been worn four times — twice by Opal's mother and twice by her sister, so of course, Opal will wear it tomorrow even though the dress doesn't fit, she met the groom online, and just decided to marry him a few hours ago. From the left in the photo are Liz Fentress, who coordinated Kentucky Voices, and actors Darlene Gooch, Tanner McGuire Gallacher, Meaghan Ritchie, and myself. Emerging Theatre Indy will produce the play. 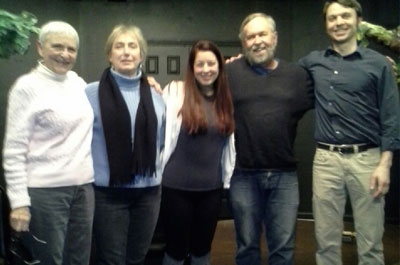 A romantic comedy about a man turning 50 who begins wearing cargo shorts and seeks legal advice about growing fruit on another continent after he's downsized out of a job. It's about new chapters, new experiences, chai, lingerie, garden rakes, and dreams of Costa Rica. Two female characters and two males are needed for this fast-paced story full of twists and turns. The play was a Finalist for the NEWvember Festival and a Runner Up for the Pickering Award for Playwriting Excellence. 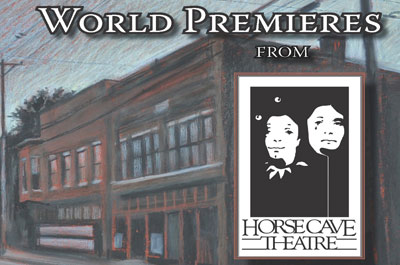 A play about a troubled teen inspired by my work as an attorney in the 1990s. The teen has an unusual journey of self-discovery when he is ordered to spend time with a police officer he injured -- despite the fact that the officer is in a coma. Liz Fentress directed the premiere production of this play at Horse Cave Theatre in Horse Cave, Kentucky. The play is included in MotesBooks' World Premieres from Horse Cave Theatre. 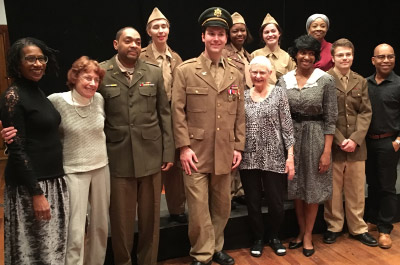 The Colored Door at the Train Depot

This play is inspired by the life of the first African American to command whites in the Women’s Army Auxiliary Corps during World War II. Born in 1919 in rural Kentucky and raised by a grandmother who could neither read nor write, Anna Mac Clarke fought for racial justice in the military and seemed to be defying all the odds — until death took her at age 24. Karelisa Hartigan, who heard a reading of the play at the 2017 Comparative Drama Conference in Orlanndo, directed the play at Actors Warehouse in Gainesville in 2019. This photo includes everyone involved in the 2019 production. 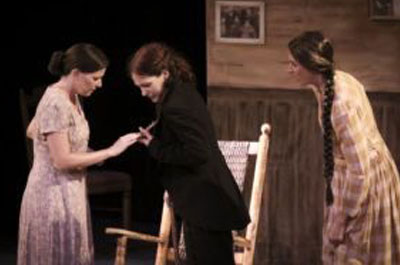 I'm Wearing My Own Clothes!

Looking for Lilith Theatre Company commissioned and produced this play at its 15th anniversary festival called UNHEARD [outloud] in Louisville. I chose Mary Walker Edwards as my subject to honor Lilith's mission of uncovering unheard voices. Dr. Walker received her medical degree in 1855, served as a surgeon for the Union during the Civil War, and remains the only woman to have been awarded the Medal of Honor. She lectured on both sides of the Atlantic on topics including dress reform (she was often arrested for wearing trousers), suffrage, and women's rights. The year afer the Louisville production, Kathi E.B. Ellis directed a staged reading of a revised version of the play at the Aronoff Center in Cincinnati.